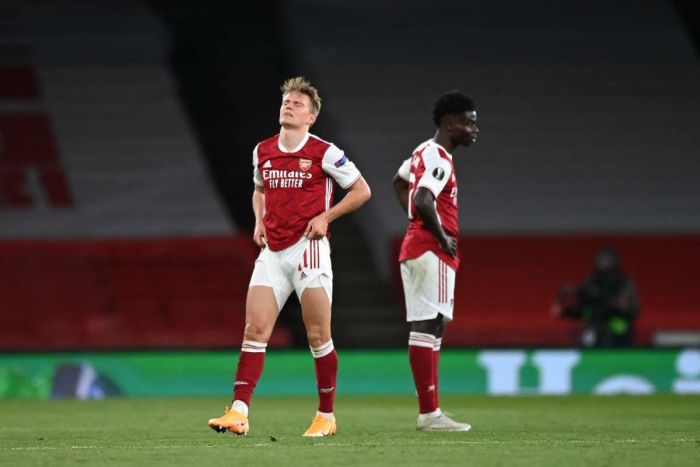 Former Arsenal goalkeeper, Alex Manninger has slammed the clubâ€™s current set of players, accusing them of lacking character and leadership.

He said he sees nothing in Arsenal players that he saw in his own teammates at the club.

Manninger was at the club from 1997-2002, serving as a back-up goalkeeper during a golden age when many of Arsenal greatest ever players turned out for them.

The Austrian shot-stopper feels there is no comparison between his time to the current squad in terms of personality, adding that this must be addressed if Mikel Arteta is to turn around the current slump.

Arsenal lie bottom of the Premier League table having lost their first three games and scoring no single goal.

Mikel Artetaâ€™s team host Norwich City on Saturday and the pressure is on for them to pick up a much-needed victory.

â€œ[Theyâ€™re] missing that [now], missing the character of each player.

â€œI canâ€™t see that at the moment and I hope, fingers crossed, that after the international break they start with a win against Norwich and prove many of us wrong because you need character these days and this is what [they] miss at Arsenal at the moment.â€

Olamide joins force with rising music producer, Eskeez for the delivery of this dope freestyle with the tag “Loose It”. Eskeez hits rapper Olamide with a banging Afro-Reggae and dancehall beat, which made Baddo loose it! Yo! eskeez killed the rhythm and burst it… The fast rising producer was on Olamide’s last project – UY…

Ace Nigerian comedian Basketmouth teams up with the sensational Buju for his latest song “Your Body”.  Music executive and comedian Basketmouth is here with a new song titled “Your Body” featuring Buju. The entertainer just put out a song “Ghana Jollof” some weeks back with Falz and Kwabena Kwabena. While we’re still enjoying the previous…

Click here Crossdresser, Bobrisky recently took to his Instagram page to throw shades at a particular individual. The self-acclaimed â€˜richest girl in Nigeriaâ€™ shared a little controversial note with his 4 million Instagram followers. In the now-deleted post, Bobrisky noted that only those who are desperately searching for husbands put up quotes weekly. He also…

UEFA has confirmed that away fans can attend European club competition matches from next week. Away supporters will be able to attend games in the Champions League, Europa League and Conference League, subject to national government coronavirus restrictions. Away fans have not been able to attend almost all matches in European club football since the…