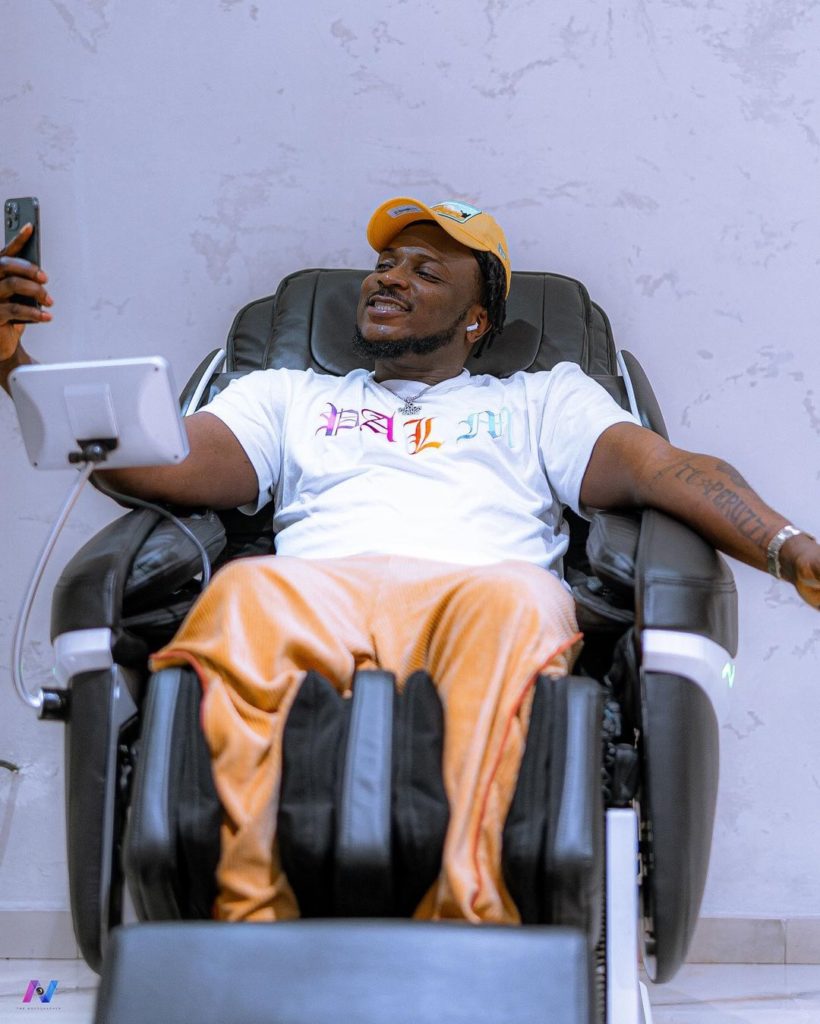 With the increasing number of social media dramas, Huncho comes through to save the day…

D.M.W and 30BG’s melody man, Peruzzi has taken it upon himself to save internet users from having social media drama.

The Majesty singer took to his InstaStory in the early minutes of today Sept. 9, 2021 to drop some useful tips on how to avoid putting out personal problems on the internet. This advice from Peru is coming in few hours after 2Baba addressed his online trending drama with wife, Annie.

Recall that late last night, 2Baba aka 2face broke silence over his current crisis with the write up he shared via Instagram. In his word; ‘I admit that bringing personal issues on social media was not cool but i will not sit back and watch everyone have a free for all battle here in the name of love and solidarity…‘ (See Post Here).

According to Peruzzi, If you share your personal problems online, out of the 100% viewer; 50% will laugh at you, 10% will support you while the remaining 40% will give an unbothered look (I No Send Your Papa).

The useful advice Peru shared for people to avoid having social media drama is to; Text the person involved, Call if you haven’t been blocked, Take some time to cool off, Fast and Pray or just get the fuck off the internet. 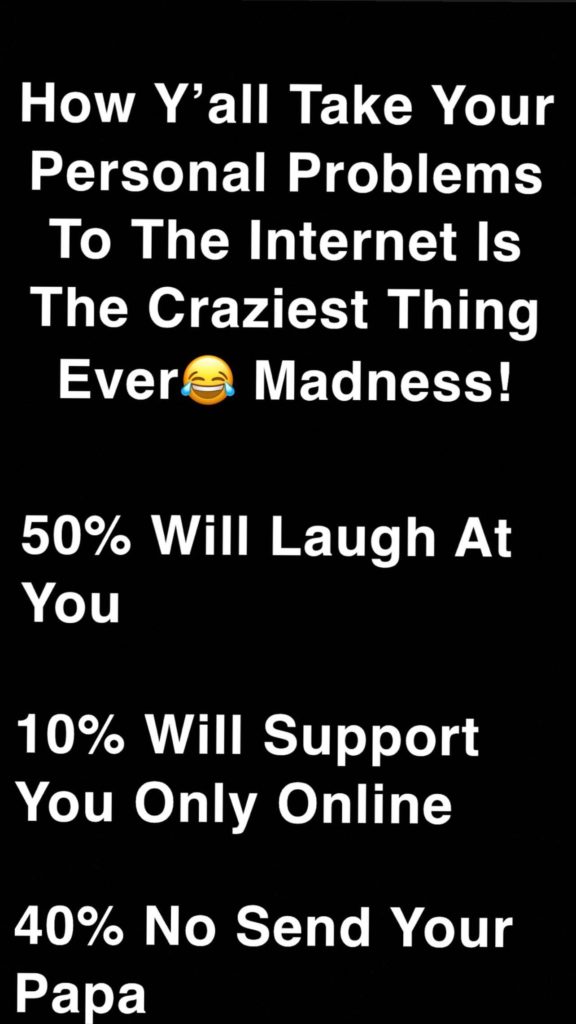 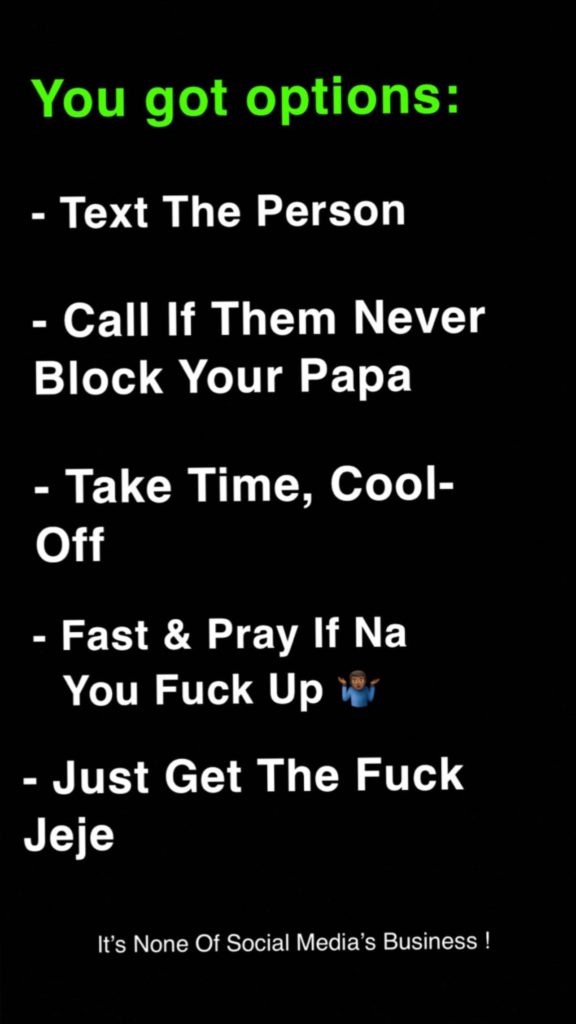 Click here Days days ago, Sunday 5th September, my sister, her 4 friends and 4 other customers were robbed at an eatery in Ogunlana Drive Surulere. Time of the day 2pm! Most people, just like her were coming from church and having a good time at an eatery. The three criminals walked in, one at…

Posted by Daniel. on Sep 8, 2021 under Entertainment    0 Entertainment Big Brother Naija season six housemate, Pere, has revealed that Maria asked him for sex after the two broke house rule by removing their microphones to talk. Pere disclosed this during a truth or dare game Tuesday night to Saga. He dared to…

Posted by Afeez Lawal (Dazeefa). on Sep 5, 2021 under Entertainment    32 Entertainment Happy Sunday Hope you worship God today? If NO, there is still time to thank him for all he has done for you. Music is a weapon of love, war and so many things. It makes one feel emotional, it inspires…