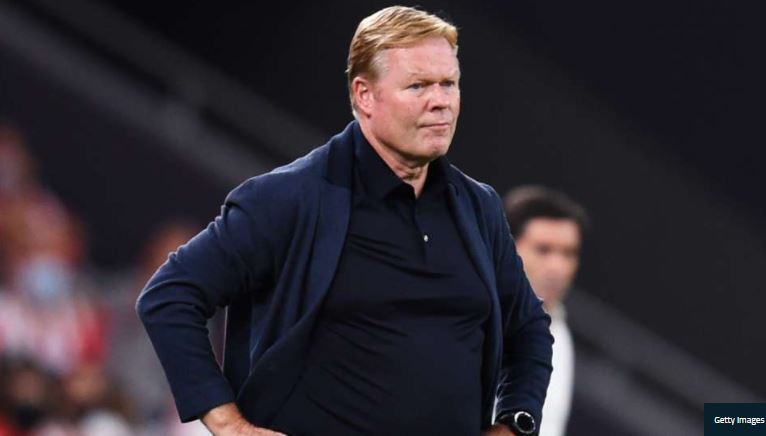 Ronald Koeman has stressed that he must be the one who decides who gets a place in Barcelona’s starting XI and not president Joan Laporta.

Barcelona are prepared to offer the Dutch coach a new contract before his current one expires at the end of the season, but it has been reported the president wants guarantees that Riqui Puig will be given a role in the first team.

Laporta clarified this week that Koeman has “all the power in sporting matters” and that he has the confidence and respect of the board, which the 58-year-old took as a good sign.

“That was good to see. Before that, a couple of things came out that didn’t point to support for the manager. That frustrated me,” Koeman told Algemeen Dagblad.

“Two and a half weeks ago, we had a discussion about a new contract. There were no leaks in the media of that discussion, until the president talked to journalists about the situation of the club last week, about finances and such.

“At the end, he started talking about the contract discussion. A day later, newspapers reported: ‘Koeman can sign a new contract if he follows three demands’.

“I responded and said: ‘This can’t happen’. I need to be able to control how we play and who I pick. Then the chairman came on Monday with that TV interview. That was a good thing.â€

Bella Shmurda has slammed Ghanaian officials over the COVID-19 incident, which resulted in his deportation. Bella Shmurda allegedly got into issues with Ghanaian officials, which resulted in his deportation and three-month ban yesterday, September 4th, 2021. According to Sahara Reporters, Shmurda and two others were reported to have become agitated after being placed in quarantine…

Nollywood actor Odunlade Adekola has reacted to reports of being involved in a sex-for-movie-role scandal. This comes a few days after an Instagram blogger, Gistlovers called out the actor for allegedly requesting sex for a role from one Nike. In a video shared on his Instagram page, Odunlade Adekola apologized for disappointing some people with…

Click here The Sharia Court in Kano and the State Public Complaints and Anti-Corruption Commission are investigating an illegal withdrawal of N345million from a holding account. The money was removed by unauthorized persons from a bank account operated in trust of inheritors. Eons Intelligence reported it was part of funds deposited by the Sharia Court,…

Nigeria fast rising music Minister, worshipper and a great Drummer Minister Nitro release a new song “Idi Ebube” ft. Peace Prosperity Produced by SamDuke IDI EBUBE means Lord You Are Glorious, it’s a song of Praise and Worship to God, there is nothing else I want to do but to give glory and praises to…